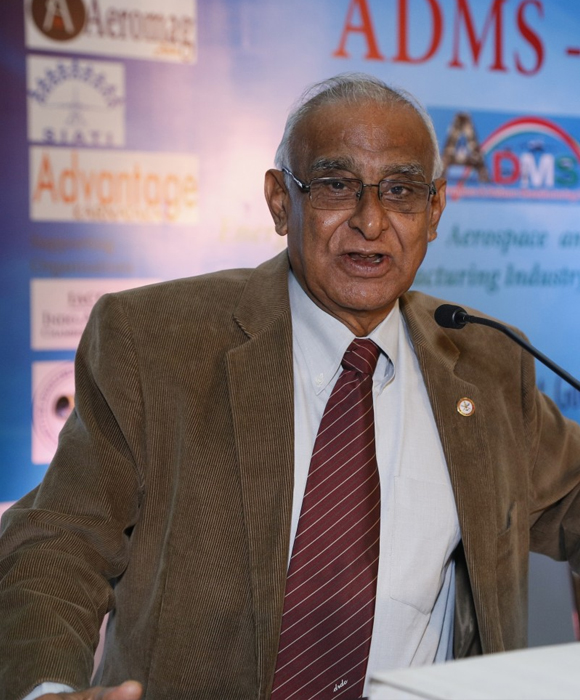 Chairperson - Board of Governors

Dr. VASUDEV K AATRE an Padma Vibhushana awardee (2016) and PADMABHUSHAN (2000) is an world class technologist, eminent scientist, exceptional leader and excellent mentor. He has received Life time achievement Award from Indian National Academy of Engineering (2016) as well as from DRDO (2016). Some of his remarkable achievements includes development and produtionisation of sophisticated Underwater Technology (sonar suites and transducers) for the Indian Navy, design and construction of the first highly Instrumented Ocean Acoustic Research Ship – Sagaradwani – in India, key role in the development of highly complex and sophisticated Integrated Electronic Warfare Systems for Indian Army and Navy, in the establishment of silicon VLSI/ASIC design Centers, in the setting up of design centers and fabrication facility for Gallium-Arsenide MMICs, and in combating shortage and lack-of-availability of electronic components and devices, As DG R&D (and SA to RM) he directed 51 laboratories to achieve self reliance in Defence Technologies and Systems. During his tenure India's Light Combat Aircraft - Tejas – took to the sky for the first time and completed over 300 flights, went supersonic and several prototypes took part in the Aero India shows. He also guided several students for Masters and PhD. Degrees. Besides publishing over 60 technical papers, he has authored a popular text book for under graduate EE students