I have been a full-time teacher in the Department of Architecture, Bengal Engineering and Science University, Shibpur, India since end 1991, soon after completing my graduate studies in architecture from the University of Wisconsin-Milwaukee, U.S.A. My topical areas of interest at various stages in my academic, teaching and research career from my postgraduate studies in the U.S.A to date are design guidance in the building delivery process, with particular emphasis on processes aimed at developing design guidelines, study of design process for special user groups, urban studies, disaster studies with an emphasis on safety of the built environment in the face of seismic hazards, and disaster mitigation planning for urban resilience.

My first hand experience of the 1991 Uttarkashi Earthquake and the haunting images of the 2001 Bhuj Earthquake triggered an interest in seismic safety aspects of the built environment. My doctoral research focused on the evolution of building regulations in Kolkata and their impact on safety from the seismic perspective and on developing a methodology for the rapid visual assessment of the built environment through sidewalk surveys. The methodology has been developed on the basis of actual damages sustained by RC frame buildings in Ahmedabad city during the Bhuj Earthquake in 2001 and is the first time that actual building damage data have been used to develop an assessment method in India, though such methods exist in other seismic countries such as Turkey and the U.S.A.

I have been working closely with the National Information Centre of Earthquake Engineering (www.nicee.org) at IIT Kanpur—Professor Sudhir Jain and his group—as Member, National Advisory Committee, NICEE, targeting the architecture fraternity. I coordinated the National Workshop on Earthquake Resistant Practices for Undergraduate Students of Architecture during July 2008 to sensitize the students in earthquake resistant design practices through technical lectures and design studios. Other outreach activities were at NASA (National Association of Students of Architecture) and SAARCH Conventions in Bhopal, Pune, and New Delhi, where quizzes and lectures on earthquake safety were used as vehicles to generate awareness and sensitize the students. I have presented my research to the National Disaster Management Authority, the apex body in India on Disaster Management and in national and international conferences. I have participated as Resource faculty in various training programmes nationally for engineers in earthquake safety aspects of design and construction.

Early in my career, I worked on a research project for developing architectural design guidelines for sustainable environments for the elderly in the Indian context. I have collaborated with the Indian Institute of Technology, Gandhinagar and the Indian Institute of Technology, Hyderabad on research in the development of rapid visual assessment tools for earthquake performance of buildings, and on traditional knowledge in seismic safety in earthquake hazard prone regions of India. 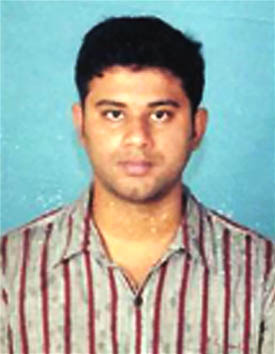 Research:
Vulnerability analysis of urban populations living in areas at risk from proximity to high speed transportation corridors through a GIS based approach

Research:
Assessment of seismic vulnerability for the city of Kolkata