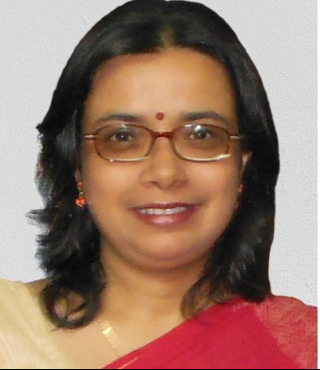 
Aparajita Sengupta was born in Kolkata in 1969. She stood first among girls and overall 3rd in West Bengal in the Madhyamik Pariksha in 1986. She received her Bachelor of Engineering (B. E.) degree from Jadavpur University, Kolkata in 1988 and won a gold medal for best Sessional work in EE. She did her Master of Technology (M.Tech) from IIT, Kharagpur in 1994 winning a Silver medal for best performance among the postgraduate students in EE. She completed Ph.D in Engineering with Control Systems specialisation from IIT Kharagpur in 1997. In the same year she joined as a Lecturer in EE in the erstwhile Bengal Engineering College, (DU) and since then has been serving there. She is  working there as Professor in EE, since 2012.

Her own PhD work centred around Hinfinity Optimal Control. Her primary interest has always been theoretical control.

She has guided five PhD theses. The first candidate Arpita Mukherjee worked on Dynamic State Estimation which was supported by a DRDL sponsored project entitled "Kinematic State Estimation of Tactical Ballistic Missiles". This thesis produced three excellent publications in SCI journals. The second and third PhD candidates were jointly guided on control problems in the field of Power Systems and Power Electronics. Side by side Aparajita completed two sponsored research projects  funded by ISRO and AICTE respectively.

Presently she is mentoring a DST funded TARE project on "Stochastic Pacing therapy for Cardiac Difbrilliation". The analysis of human heart model has fascinated her imagination. Parallely she is eager to nurture the immense  scope projected in Artificial Intelligence. She is guiding students in the field of Control problems using Neural Networks and Machine Learning.

2. Classification and Denoising of ECG signals

1. Robust Control of a Buck Converter

2. Modelling and Analysis of a Human Heart Model

Played an important role in drafting the present UG, PG and PhD regulations.

Acted as the HOD of SOMS for the period. 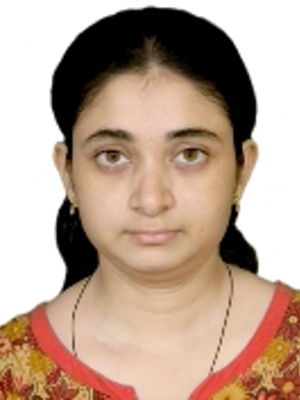